On this site you will find some information about the Bonn Chamber Choir (Bonner Kammerchor). Despite our best efforts, some of the content may only be available in German - we apologise for any inconvenience.
If you would like to get in touch or if you would like to stay informed about upcoming events, feel free to contact us anytime!

Mehr laden… Auf Instagram folgen
This message is only visible to admins.
Problem displaying Facebook posts. Backup cache in use.
Click to show error
Error: Error validating access token: The session has been invalidated because the user changed their password or Facebook has changed the session for security reasons. Type: OAuthException

The Bonner Kammerchor is a mixed semi-professional choir - about 40 ambitious singers of different ages and professions who meet to sing on a weekly basis. Through this continuity in rehearsal, the choir seeks to continually improve their quality of performance, to heighten their enthusiasm for choral singing as well as deepening their vocal skill and musical experience. Both musically and artistically, Bonner Kammerchor aims for high professional standards. Voice training and exercises to maintain a homogeneous choral sound are integral parts of rehearsing.

The choir's repertory ranges from Gregorian chant to Contemporary compositions, and over the years it has achieved an excellent reputation for its authentic and lively interpretations of works from all periods. Its concerts are well-known for their impressive, sometimes surprising programming concepts. 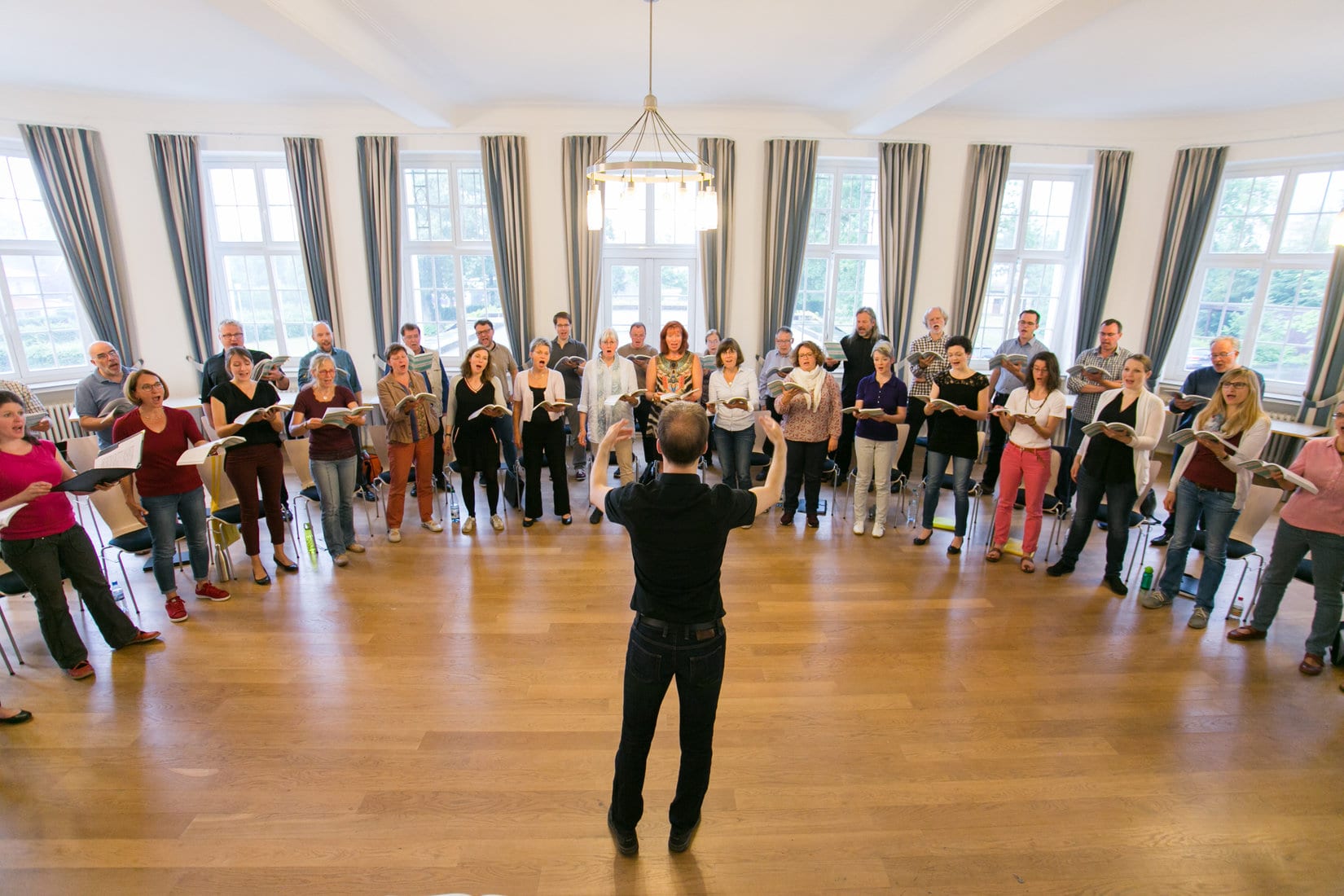 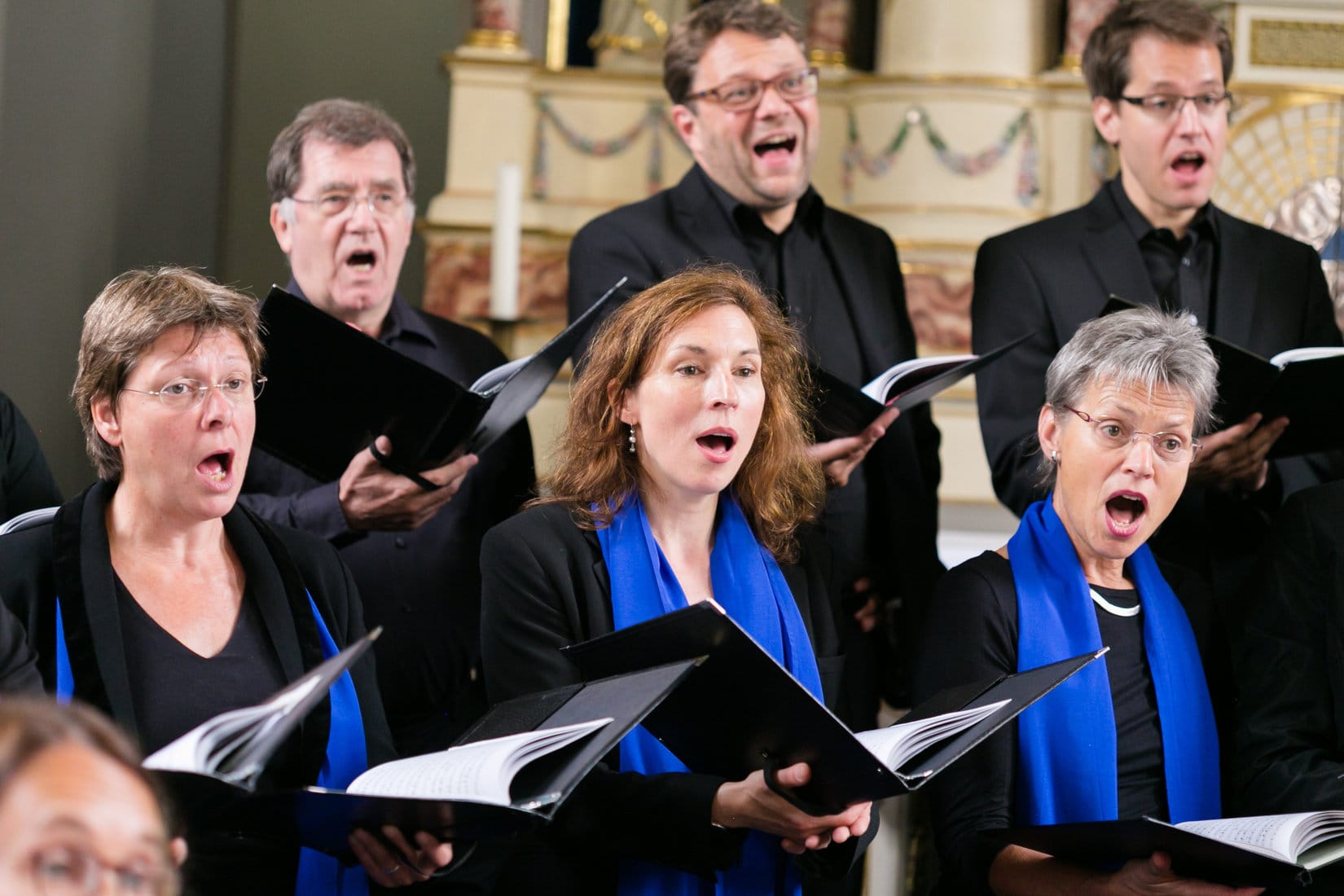 Bonner Kammerchor's regular performances in and around Bonn, tours throughout Germany and other European countries, recordings with German radio stations, several invitations to festivals and the successful participation in a number of national and international choral competitions have made the ensemble a cultural figurehead for Bonn as well as for Germany.

The choir's Artistic Director since 2012 is Georg Hage. Bonner Kammerchor is a member of the Association of German Concert Choirs (Verband Deutscher KonzertChöre, VDKC).

Georg Hage, born 1979, is Choirmaster at Evangelische Kirchengemeinde Aachen (Protestant church) and Art Director of Aachener Bachverein, Bonner Kammerchor, Kölner Kantorei and Music festival Aachener Bachtage. He has taught as Professor of Choral Conducting at Hannover's, Detmold's and Bayreuth's Universities of Music. In addition he also works as concert singer and has sung in various ensembles and professional choirs.

As a scholarship holder of "Studienstiftung des deutschen Volkes" (Academic Foundation of the German people) he studied in Freiburg, Trossingen and Vienna, where he received several Diplomas in Music Education, Church Music, Voice, Organ and Choir Conducting. He was prize-winner of Bayreuth-Regensburg Competition of Choir Conducting and has won the special prize of the Competition for Choral Conductors in Budapest in 2011. 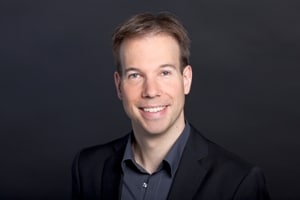 You can find full-length audio examples on our Youtube channel.
Shorter excerpts from our CDs can be found here:

The gallery features impressions of our concerts, tours and rehearsals.

This website uses cookies to improve your experience while you navigate through the website. Out of these, the cookies that are categorized as necessary are stored on your browser as they are essential for the working of basic functionalities of the website. We also use third-party cookies that help us analyze and understand how you use this website. These cookies will be stored in your browser only with your consent. You also have the option to opt-out of these cookies. But opting out of some of these cookies may affect your browsing experience.
Necessary immer aktiv
Necessary cookies are absolutely essential for the website to function properly. This category only includes cookies that ensures basic functionalities and security features of the website. These cookies do not store any personal information.
Non-necessary
Any cookies that may not be particularly necessary for the website to function and is used specifically to collect user personal data via analytics, ads, other embedded contents are termed as non-necessary cookies. It is mandatory to procure user consent prior to running these cookies on your website.
SPEICHERN & AKZEPTIEREN